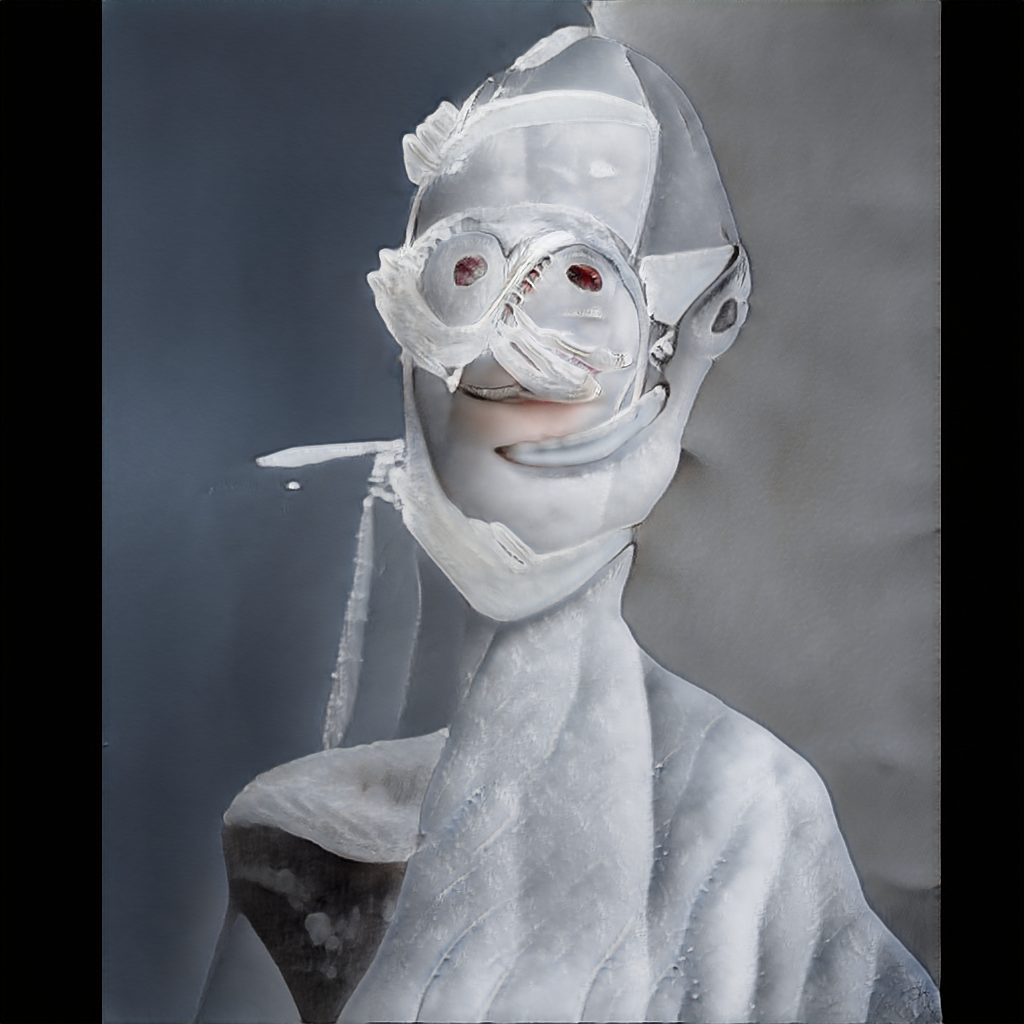 This piece was trained on myths and imageries throughout time. When left alone, we confront the greatest demon; our own ego. 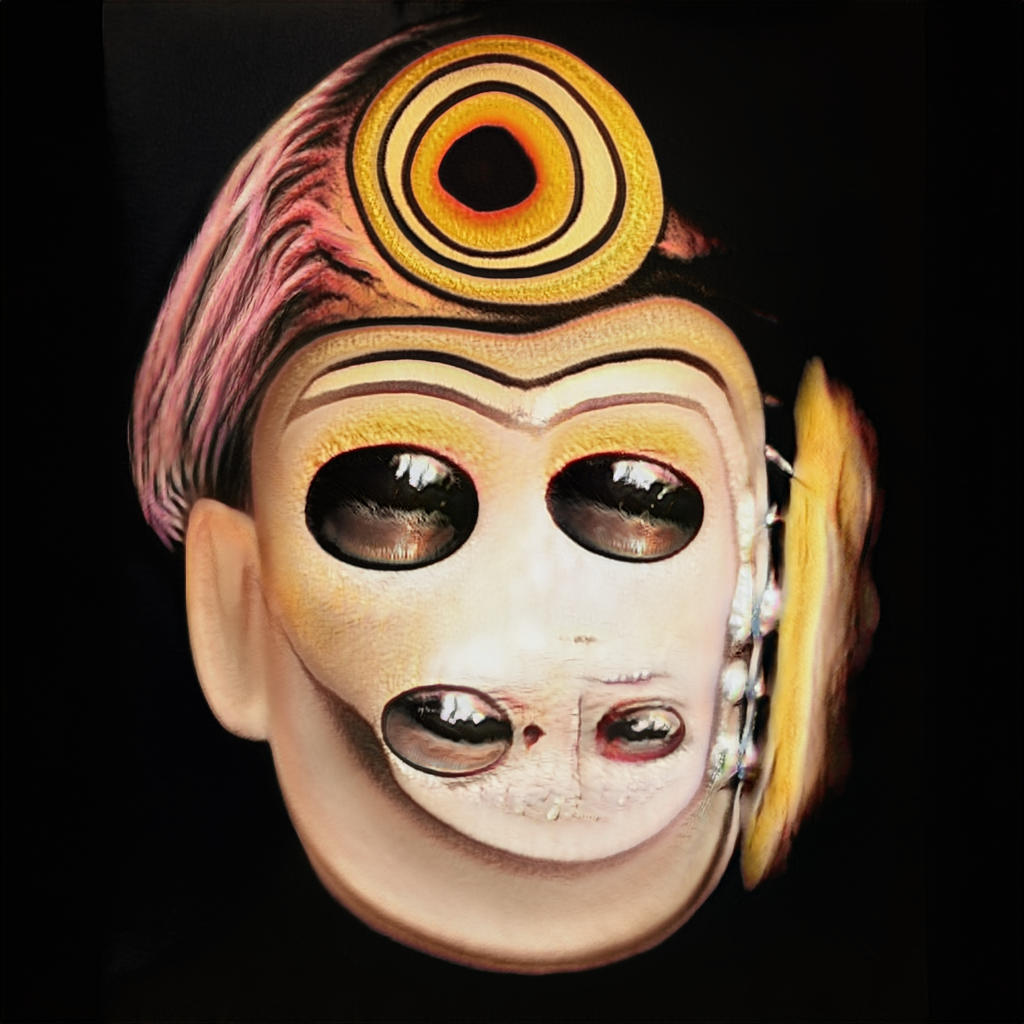 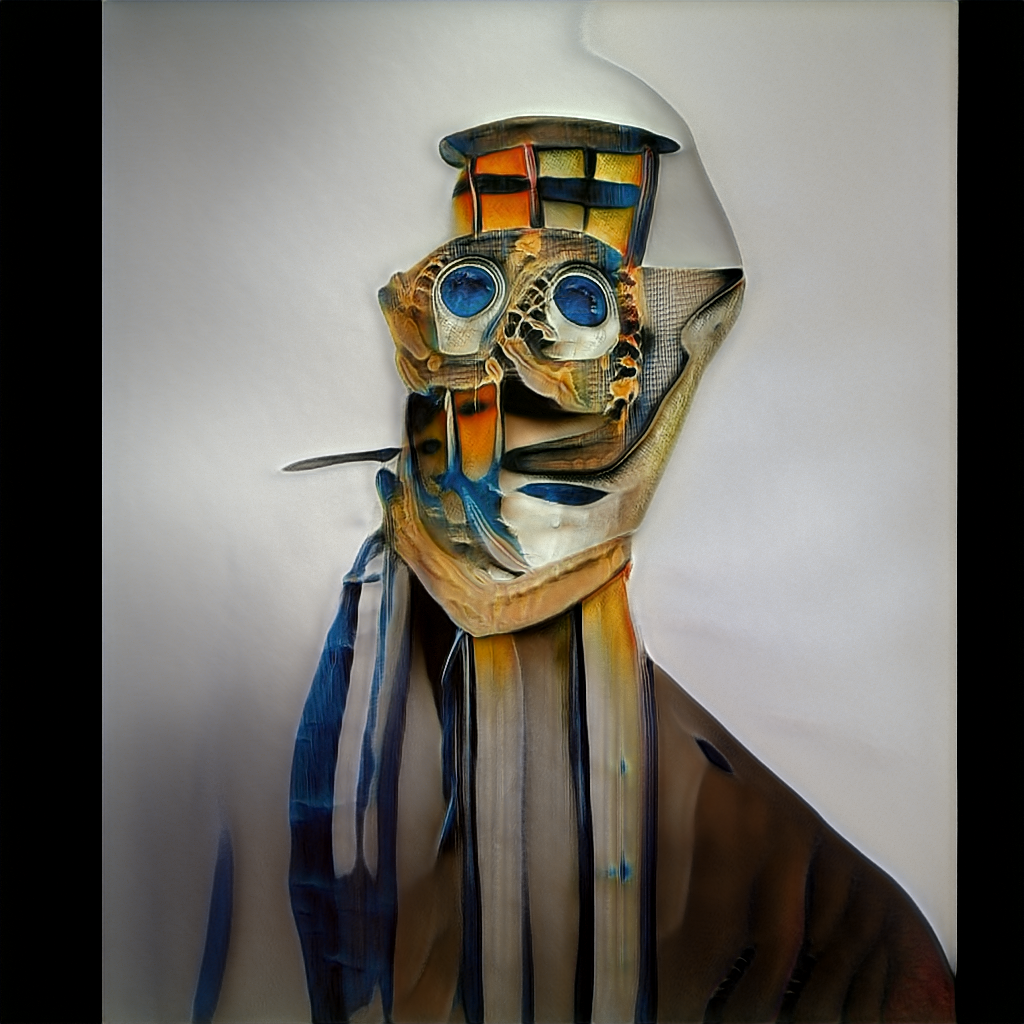 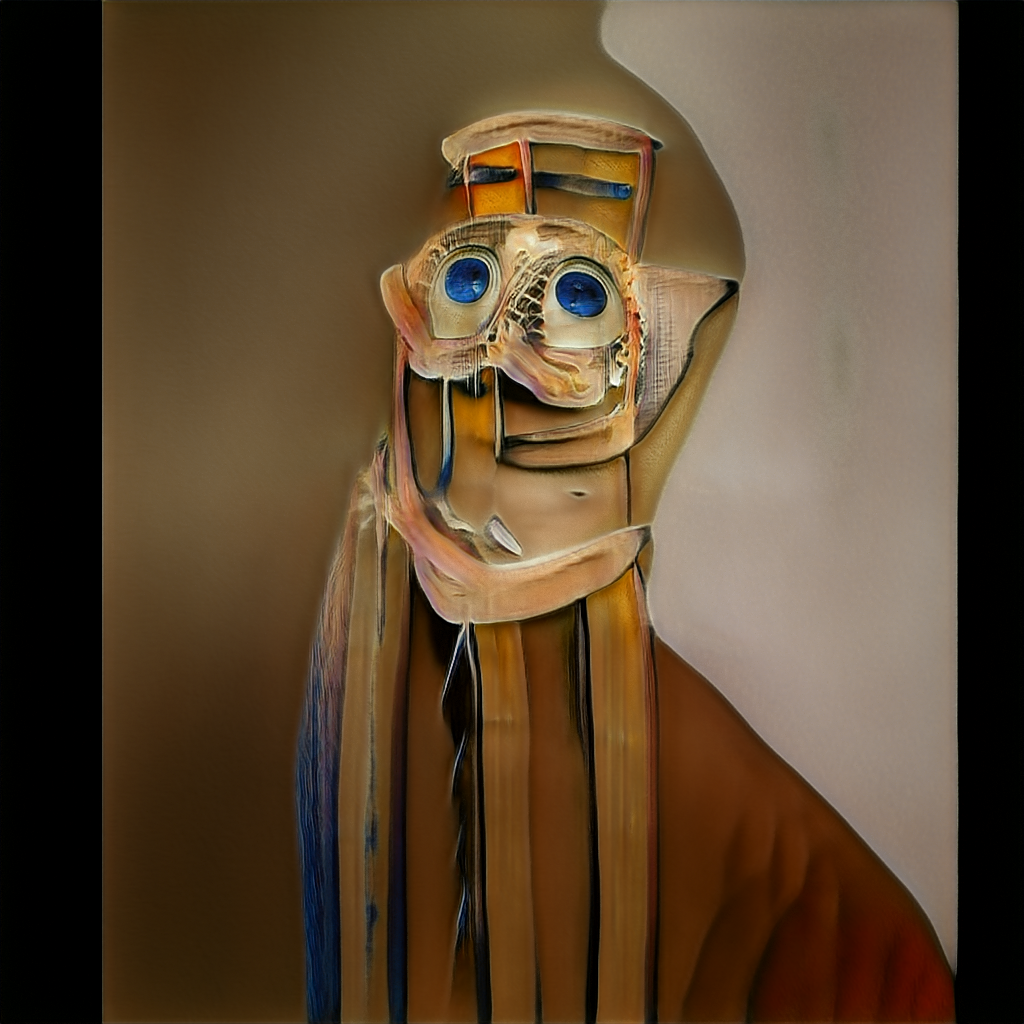 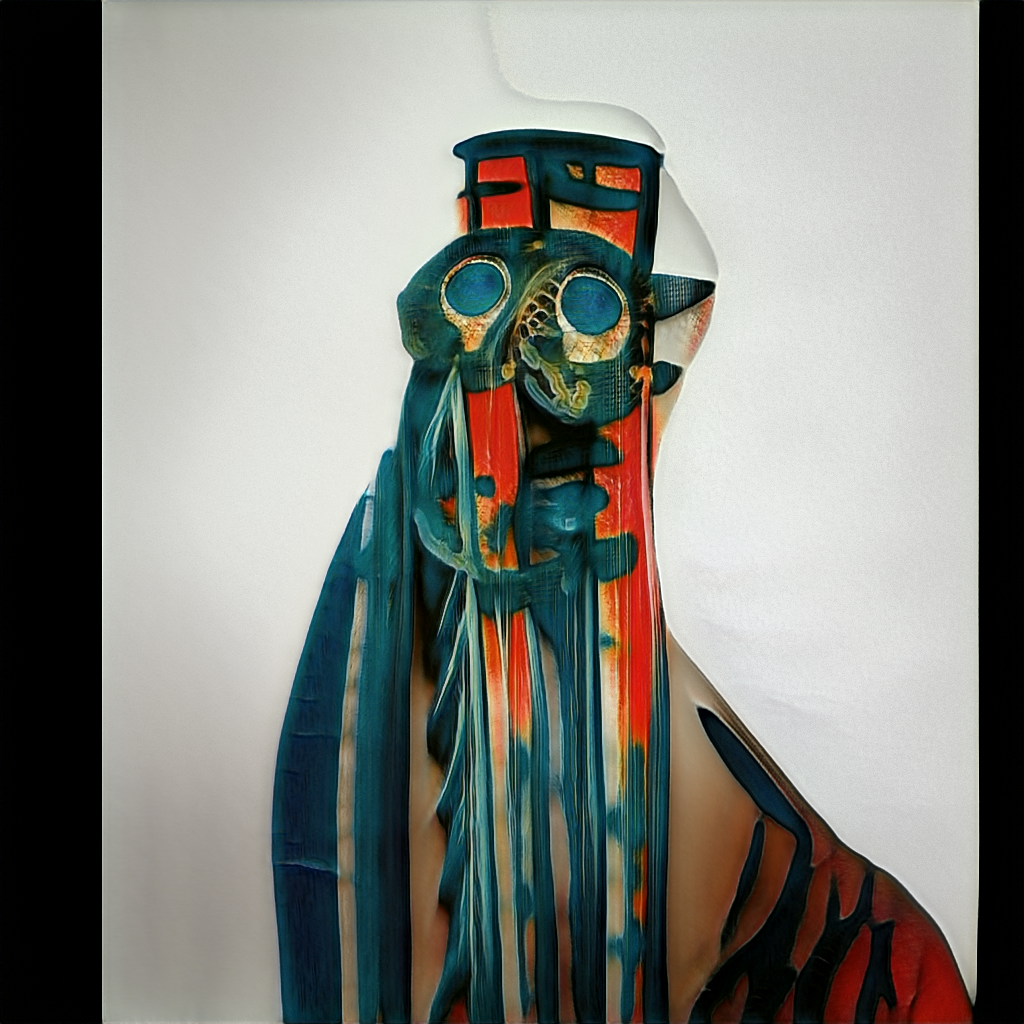 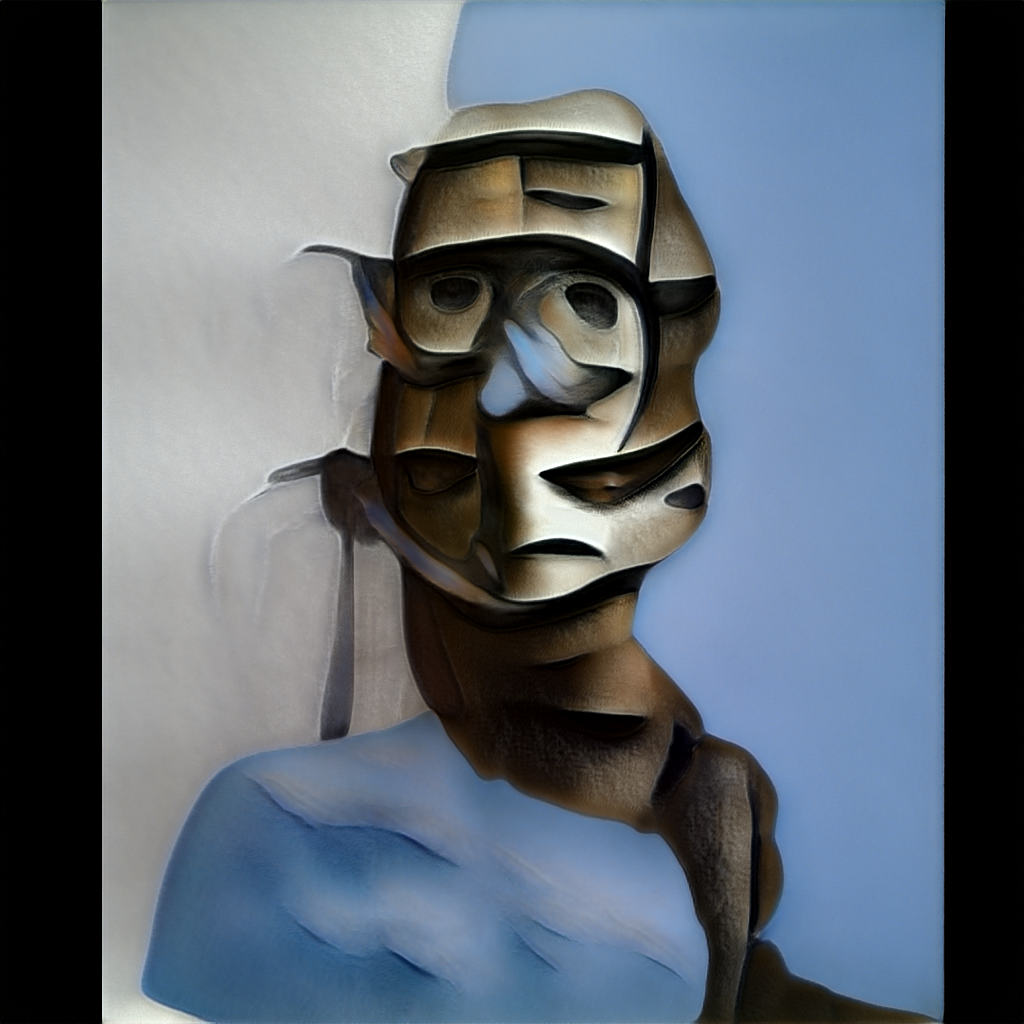 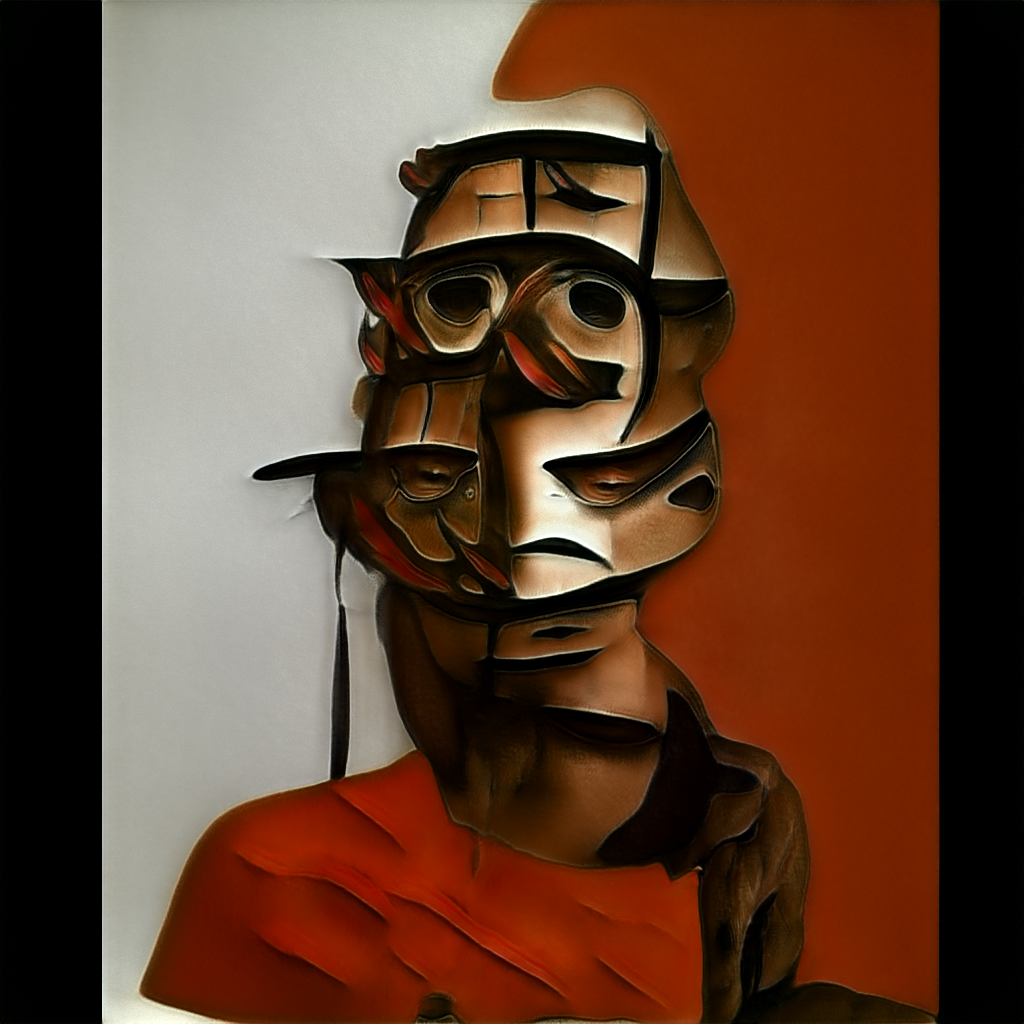 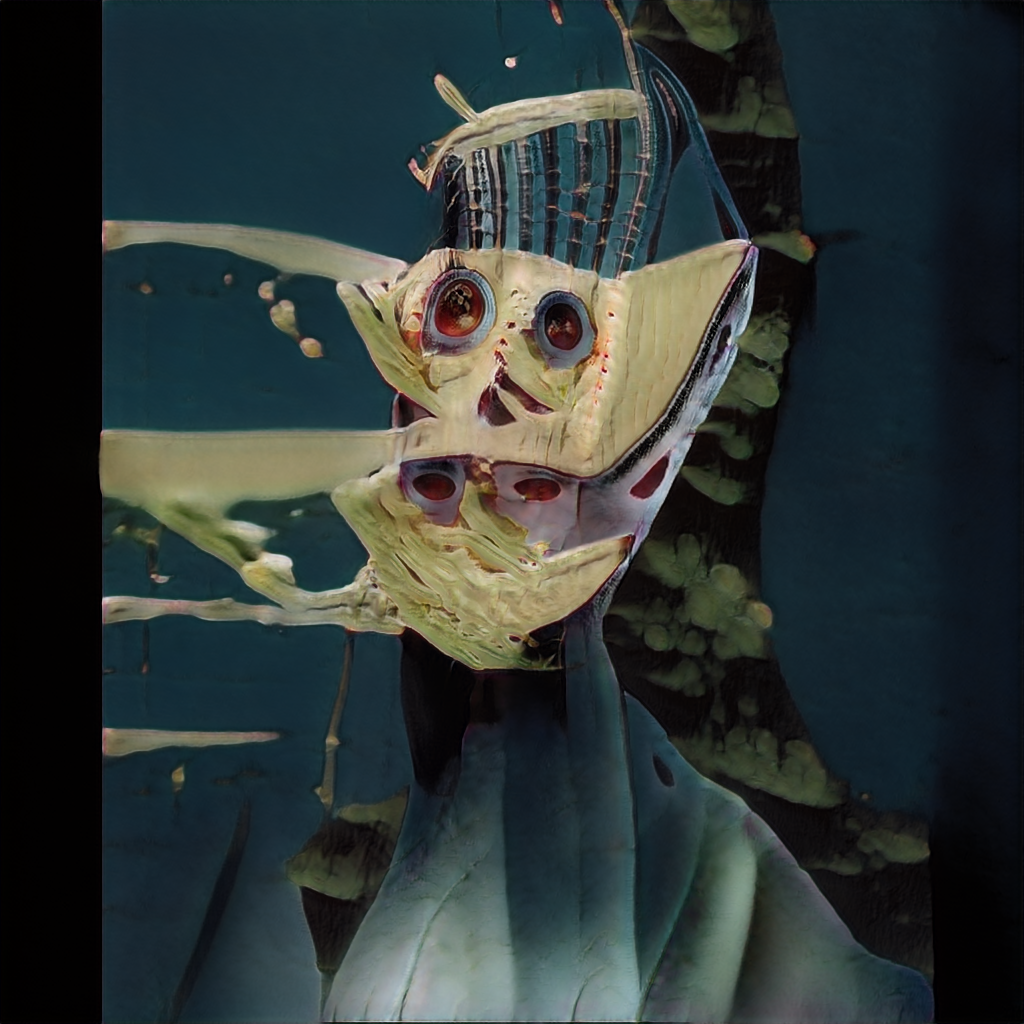 There is a phenomenon known as “mode collapse.” It is not fully understood why this happens, only that it is a constant occurrence. It is the only constant in latent space. In this project Strange Fruit, Mal explored mode collapse in depth. “I train the model until a full collapse happens. I iterate on the dataset with augmenting, duplicating and looping in generated images from previous ticks to steer the collapse. And then I took a few ticks backward and that’s when I discovered partial collapse.” 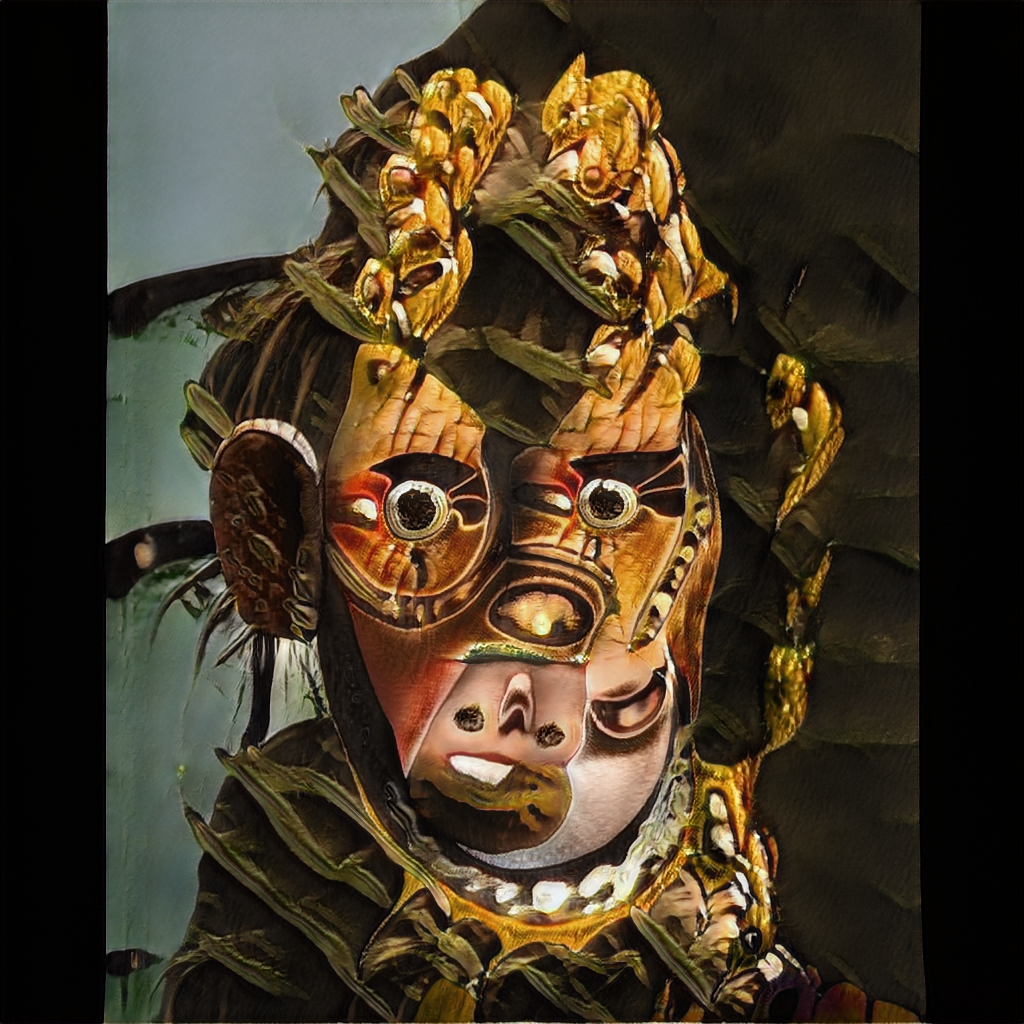 A partial collapse is where a neural network (GAN) is only capable of generating a small subset of outcomes. Degrees of mode collapse happens when the dataset is limited in diversity (too similar) or there are too few images. Another way of wording it: the less diverse your dataset, the quicker mode collapses occur. 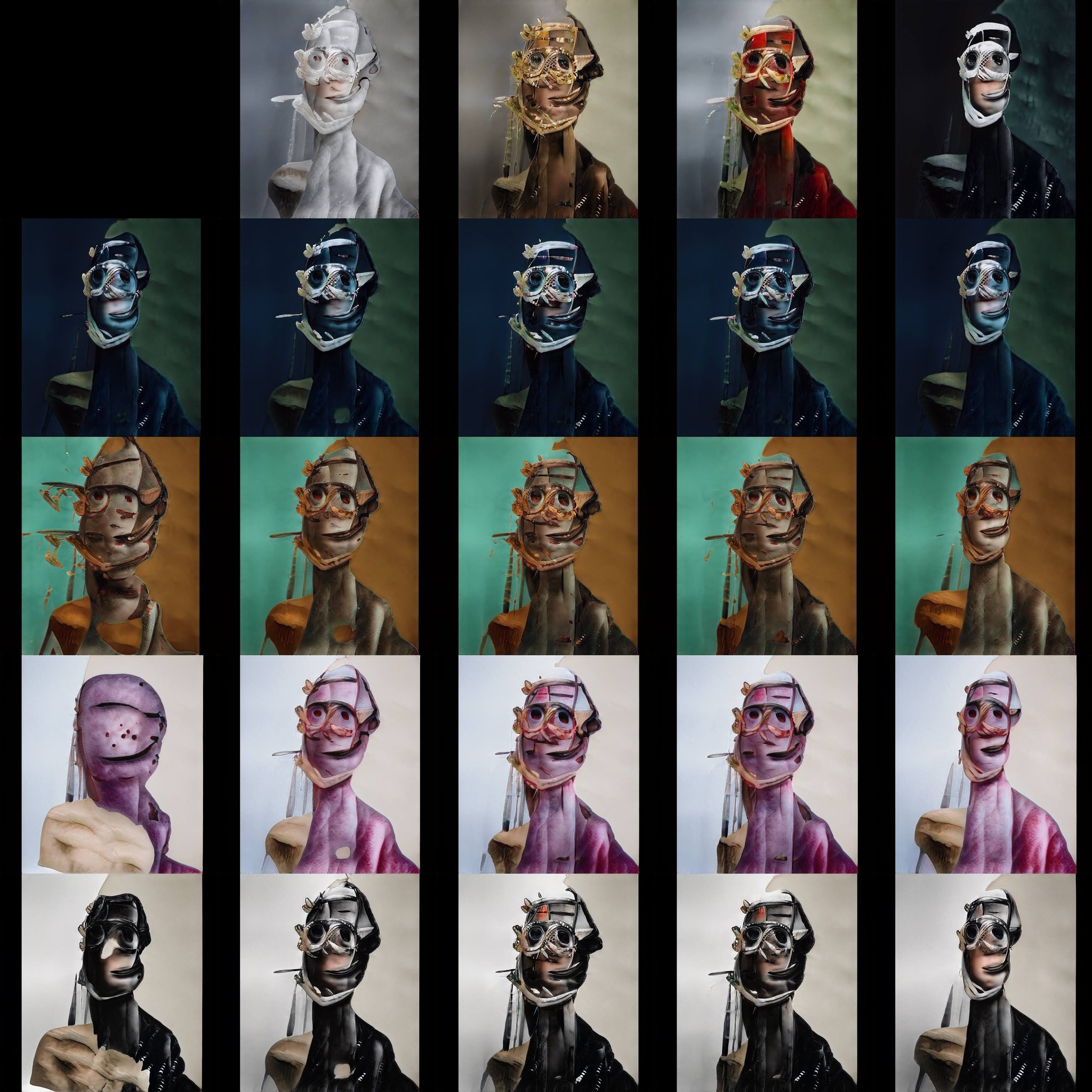 There’s a philosophical side I find interesting as well, I choose to imagine the “moment” before mode collapse as the moment before the death of diversity. The last breath of the model, like it’s last words. There’s this russian novelist who coined the word defamiliarization -- the artistic technique of presenting to audiences common things in an unfamiliar or strange way so they could gain new perspectives and see the world differently.
To me art is about prolonging a movement in time, this moment in the latent space. It slows us down from our automations, it gives us back time to fully appreciate the process of a dying GAN. 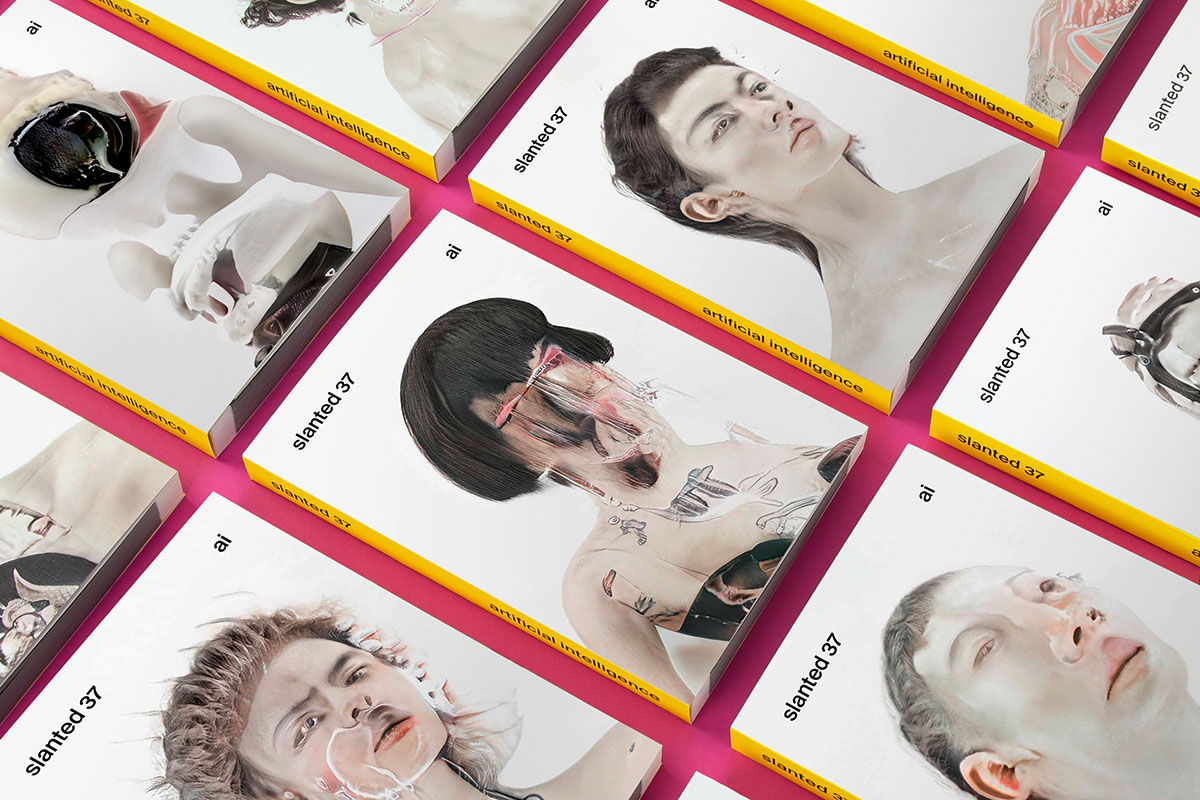 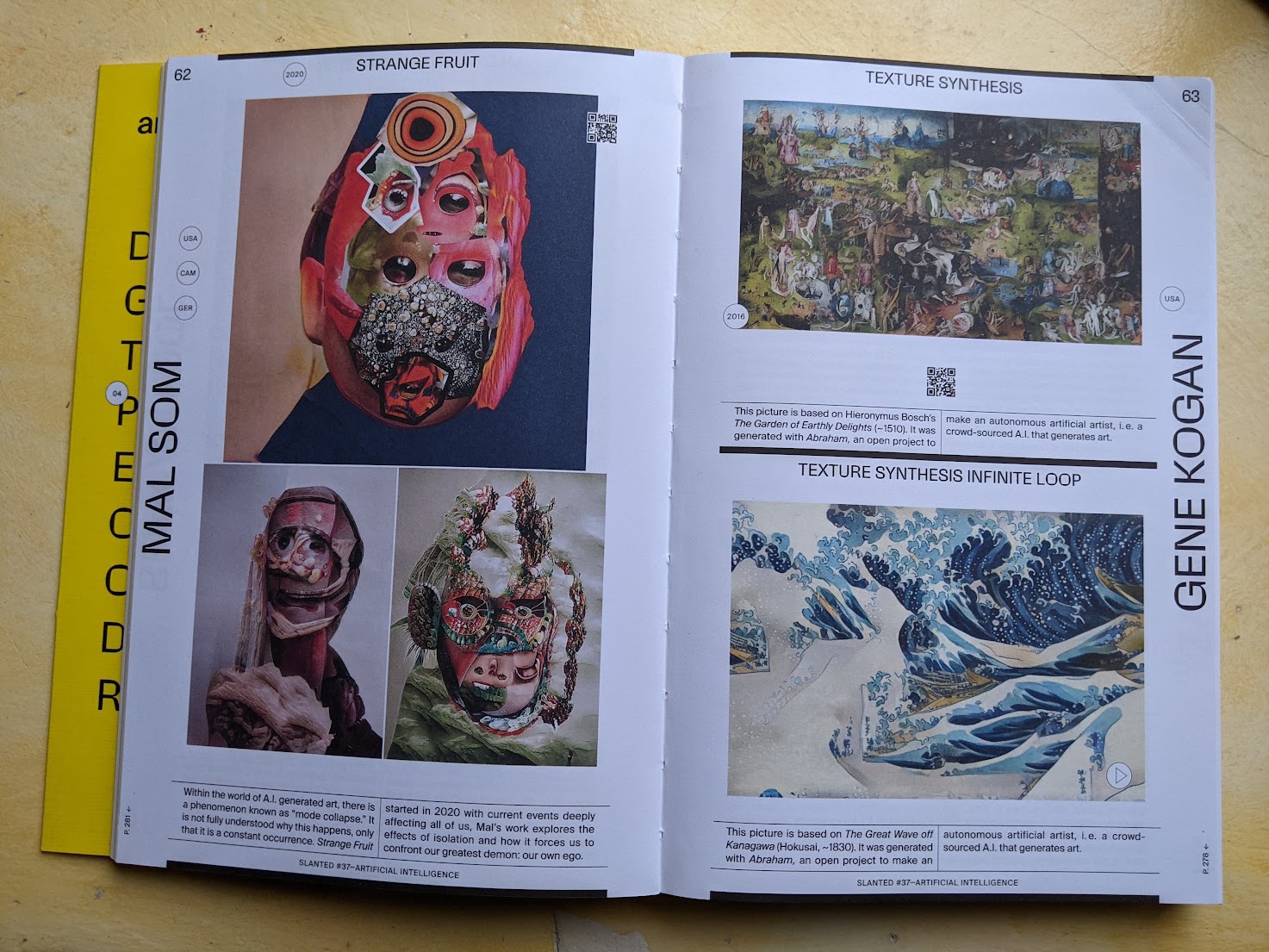